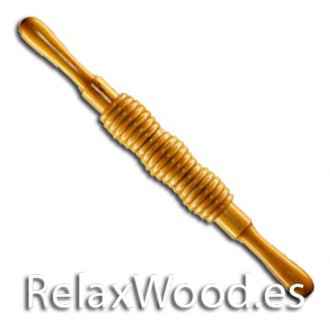 Bocelado three barrels is the ideal tool of wood therapy for pre-warming and shaping the body, it lifts the buttocks, is used in the treatment of spasms, removes fat tissue and relaxes muscle tension and stress, also removes the flaccidity of the body both in the back, abdomen and thighs and legs.

It is a frequently used instrument in wood therapy and consists of a roller that has, logically, a holding handle at each of its ends, and the central or massaging part is made up of channels or concavities of the wood that alternate with elevations or convexities of the same that give the whole a grooved or striated aspect, has the particularity that this whole central part is subdivided into three continuous portions, each with the lowest ends and the highest central areas, which results in the existence of three sections, which is why it is called three barrels; while its grooved and circled appearance gives it the name of bocelado.

The bocelado three barrels is widely used in wood therapy to shape the body, however, its major application is for pre-warming which is highly recommended and indicated before proceeding to the necessary warm-up to prepare the body for the proper execution of physical exercises, ensuring that these are of greater performance and less likely to cause physical injury.

The preheating with the three barrels mouthful has the advantage that it does not need the execution of exercises, entering in the category known as passive preheating. With the massages performed using this tool, the body temperature is raised, which results in a greater enzymatic activity that at the same time increases the metabolism of the striated muscles, making them functionally more active. With the three-barrel snack, the blood microcirculation is also increased by increasing the oxygen supply to the muscle cells. This results in massages with this instrument also being very effective in cases of muscle contractures and spasms.

When massaging with the three-barrel mouthpiece to shape the body,

the main function it performs is the detachment and elimination of the fat accumulated in different parts of the body. For metabolic and physiological reasons, the fat tends to be deposited more frequently in the abdomen, hips, buttocks, thighs and legs; in these areas as well as in the back it also contributes to eliminate the flaccidity of the tissues and eliminates the tension in the muscles.

The particular design of the three-barrel mouthpiece gives it the advantage of exerting its action on multiple points of the skin at the same time, because on the one hand it has three main blocks of pressure along its entire length and on the other hand, each block consists of circles of reduced thickness that make the pressure applied be done in a punctual manner which increases its effect on the tissues. This is very useful for the activation of microcirculation because, given the tiny diameter of the blood capillaries at dermal surface level, the small calibre of the convex circles in the mouthpiece can act on a greater number of these capillaries. This helps all the cellular processes to accelerate, thus improving the elimination of liquids, the mobilization of fat cells and increasing the blood and lymphatic circulation.

All the above leads to the elimination of fluid retention, suppression of edema, reduction and elimination of lipomas, conditions that bring as a result the toning and reaffirmation of tissues, improving the shaping of the figure. 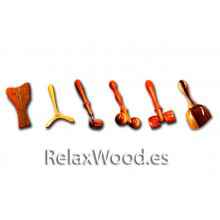 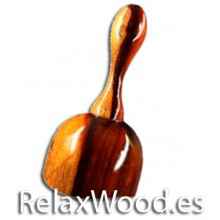